Seemingly exhausted with the burden of constantly pushing hip-hop forward into concept operas, electric Miles explosions and Flying Lotus electronic burbles, Damn. seemingly takes a classicist route to rap music. If To Pimp a Butterfly was the best rap album in 2015, Damn.is the platonic ideal of the best rap album of 1995, a dazzling display of showy rhyme skills, consciousness-raising political screeds, self-examination and bass-crazy-kicking. Kendrick has many talents – pop star, avant-garde poet, lyrical gymnast, storyteller. But here he explores what we traditionally know as a "rapper" more than on any of his albums to date. The rhymes on songs like "DNA," "Element," "Feel," "Humble" and "XXX" come fast, furious and almost purist in nature. In an era where "bars" seems almost old-fashioned in the age of Drake's polyglot tunesmithery, Young Thug's Silly-Putty syllable stretching and Future's expressionist robo-croak, Lamar builds a bridge to the past. - Rolling Stone Magazine. 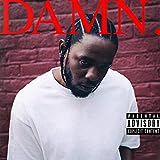 GRAMMY® Award-nominated multi-platinum alternative pop maverick Halsey returns with her anxiously awaited second full-length album, hopeless fountain kingdom [Astralwerks], which she executive produced alongside Benny Blanco, Greg Kurstin, Lido and Ricky Reed. Her brand new single, 'Now Or Never', is the first taste of what fans can expect from her new album, a track with a soulful refrain over dystopic, shuddering synths. The vocals segue from a delicate croon into an R&B-style bridge, highlighting her impressive range.

Triplicate, is the new three disc studio album from Bob Dylan. The collection features 30 brand-new recordings of classic American tunes and marking the first triple-length set of the artist's illustrious career. With each disc individually titled and presented in a thematically-arranged 10-song sequence, Triplicate showcases Dylan's unique and much-lauded talents as a vocalist, arranger and bandleader on 30 compositions by some of music's most lauded and influential songwriters. The Jack Frost-produced album is the 38th studio set from Bob Dylan and marks the first new music from the artist since Fallen Angels, which was released in early 2016. 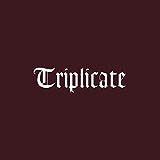 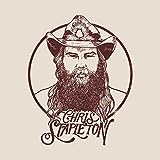 Run the Jewels 2 was the rare sequel that topped the original, as the skull-busting tag team of Atlanta street intellectual Killer Mike and Brooklyn indie-rap veteran El-P synchronized their punches with the aggro precision of a brilliantly choreographed superhero fight sequence. The third installment, which dropped digitally weeks ahead of schedule on Christmas Eve, thrums with similar urgency, but a lot's changed since 2014. Mike spent the summer bro'ing down with Bernie Sanders, moonlighting as a CNN talking head, and his no-nonsense anti-racism is increasingly the language of black activism. Meanwhile, El-P's cyberpunk-tinged premonitions of dystopia sound more like straight-up journalism every day. - Rolling Stone Magazine 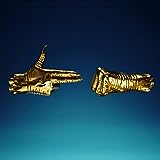 Run The Jewels 3
Currently out of stock
Check Amazon

'God's Problem Child' is Willie's first album to debut all-new songs since 'Band of Brothers' in 2014. It includes 13 new songs, including seven recently written by Willie and Buddy Cannon, his longtime collaborator and producer. The album's title track, penned by Jamey Johnson and Tony Joe White, includes vocals by both writers and the legendary Leon Russell (on what may be Russell's very last recording). Closing the album is "He Won't Ever Be Gone," a song written by Gary Nicholson that pays tribute to Willie's outlaw country comrade, Merle Haggard. 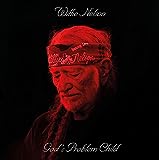 What "pop" can be in 2017 is open to question, and on After Laughter Paramore thankfully decides to junk large chunks of the concept as it's currently practiced. ("I can't imagine getting up there and playing a Max Martin song – at that point we might as well just stop," guitarist Taylor York told in the New York Times in April, shortly after the album was announced.) Instead, they embrace "pop" as a musical vibe, with a record that's so sunshine-bright it gives off a glare at times, rooted in fleet basslines and beats made for open-road drives and solo bedroom dance parties. ... But while the surfaces of After Laughter might glint, Hayley Williams' lyrics evince a weariness that makes that brightness seem garishly empty. - Rolling Stone Magazine. 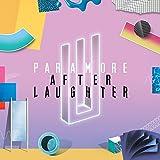 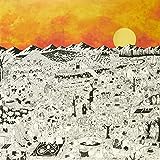 A lofty concept piece about a man wandering a desert with a curse over his head set to swirling, frenetic guitars and gut-rumbling drums. The LP is their most ambitious outing since 2009's proggy Crack the Skye – following two relatively pared-down LPs – and at its best (the radio-ready pop-rocker "Show Yourself," the triumphal outro of "Ancient Kingdom," the Zappa-inspired synthesizer-and-bells duet midway through "Clandestiny") it's a glorious metal miasma. 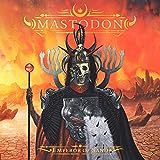 The first major-label full-length from Top Dog Entertainment's SZA (you may remember her from Rihanna's "Consideration" and collaborations with Schoolboy Q and Jay Rock) is full of hiccuping beats and glitched-out synths. The presence at its center projects immense strength even (and perhaps especially) when she's expressing self-doubt, as on the sun-dappled "Drew Barrymore." SZA has a strong, clear alto that fuels the fire of songs like the stuttering move-along command "Broken Clocks," the filthy and feisty lady-power manifesto "Doves in the Wind" and the vitriolic kiss-off "Supermodel." It's no surprise that she more than holds her own amidst big-name guests like Kendrick Lamar and Travis Scott. Power can come from radical honesty, too. 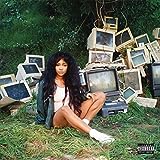 Nearly 25 years in, [Britt Daniel's] group has made maybe their best record yet – a line that been repeated, accurately enough, with most every record they've made. With Flaming Lips producer Dave Fridmann on board, the set is as lushly trippy as it is rhythmically hyped, apropos a band named for a song by psychedelic Seventies beat scientists Can. - Rolling Stone Magazine 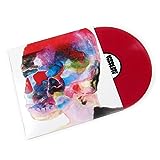 In December 2016, after more than a year of touring the world behind her 2015 LP Over and Even, Joan Shelley and Nathan Salsburg headed a few hours north to Chicago, where they joined Jeff Tweedy in Wilco’s Loft studio for five days. Spencer Tweedy, home from college, joined on drums, while James Elkington (a collaborator to both Tweedy and Salsburg) shifted between piano and resonator guitar.  It’s fitting that the resulting set is self-titled. These are, after all, Shelley’s most assured and complete thoughts to date, with lyrics as subtle and sensitive as her peerless voice and a band that offers support through restraint and nuance. In eleven songs, this is the sound of Joan Shelley emerging as one of music’s most expressive emotional syndicates. 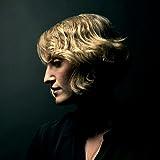 Harry Styles, the highly anticipated self-titled debut album from the global superstar. The ten track album features the lead single "Sign of the Times," which topped the charts in over 80 countries upon its release day. "Sign of the Times" was produced by Jeff Bhasker and co-written by Styles, with additional production by Alex Salibian and Tyler Johnson.  The album is available digitally, and in three physical formats: a LIMITED EDITION HARDCOVER BOOK version of the CD featuring 32 pages of exclusive images from the recording process, a standard package CD, and a vinyl LP version in a gatefold jacket. 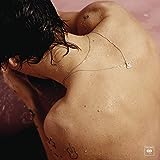 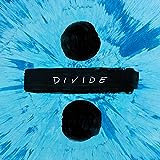 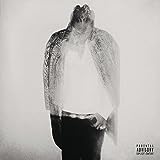 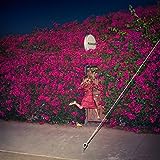 Crack-Up comes six years after the 2011 release of Helplessness Blues and nearly a decade since the band's 2008 self-titled debut. Fleet Foxes has released the album track "Third of May / Ōdaigahara," a nearly nine-minute epic powered by piano and electric twelve-string guitar, string quartet, and the group's trademark sparkling harmonies.  All eleven of the songs on Crack-Up were written by Robin Pecknold. The album was co-produced by Pecknold and Skyler Skjelset, his longtime bandmate, collaborator, and childhood friend. Crack-Up was recorded at various locations across the United States between July 2016 and January 2017: at Electric Lady Studios, Sear Sound, The Void, Rare Book Room, Avast, and The Unknown. Phil Ek mixed the album, at Sear Sound, and it was mastered by Greg Calbi at Sterling Sound. 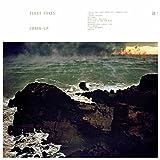 AMERICAN DREAM is the long awaited fourth album from LCD Soundsystem. The album is available digitally, and on CD and LP.  The first two singles released from the album are "call the police" and "american dream," that moved Pitchfork to rave the songs "couldn't sound timelier" and that "Murphy and company have never sounded so invigorated." The New York Times hailed "call the police" as "a quietly ambitious protest song… except that instead of searing, it motors," and Noisey embraced "american dream" like "a warm blanket." The band debuted both of these tracks on a May, 2017 appearance on Saturday Night Live. The next track and video that followed is "tonite." 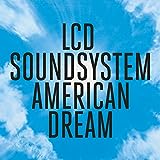 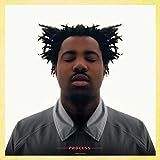 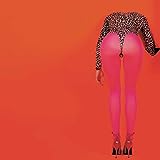